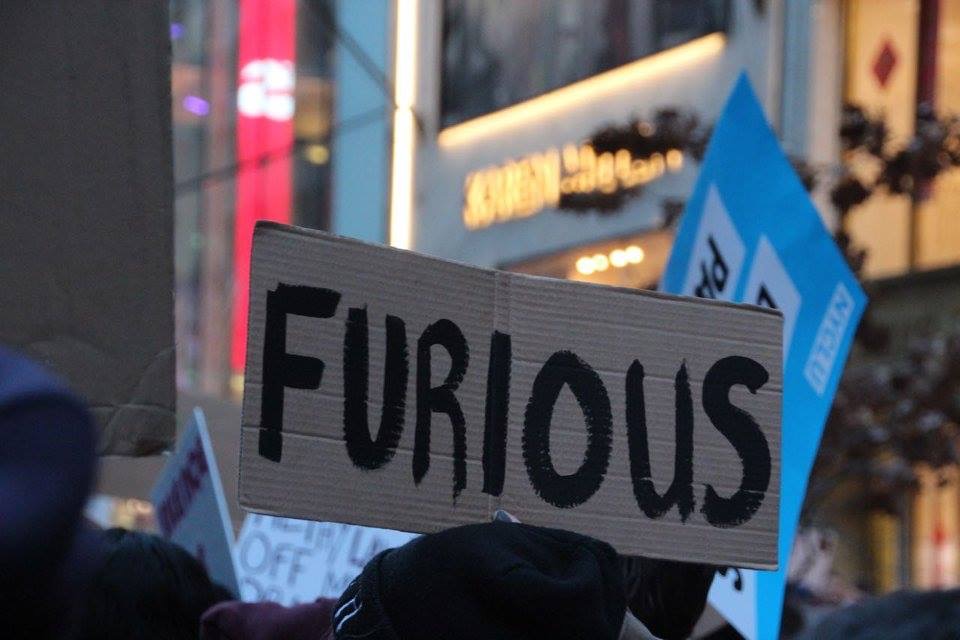 Most people are not activists, but how can you not be today. You are either with him or against him. I am against him and the rest of  his motley crew. Now I am part of the resistance. I didn’t know this on Jan 19th but it quickly became clear to me. But how can one not be. Unless one is part of the group that voted for him, I guess. It is hard to believe how people could vote for him. I have friends who voted for him. It makes me rethink everything. Right now the nation is divided into two parts. Two extreme parts.

Most people are now activists for one side or the other.

I am afraid for my future and my children’s future. And then the Muslim ban happened. And then I became furious. That was it, I was where I needed to be, marching, with a sign. Enough is enough. And that was only one week in.

As if life isn’t hard enough. Now we are going backward in time and need to fight again for the rights we already had. And it makes me dizzy. Which fight shall I focus on? I am passionate about them all.

What are YOU fighting for?